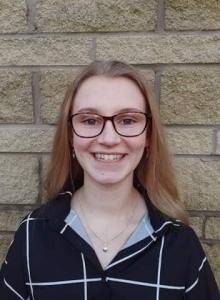 Emma Prach is a driven and inspirational young person. She is a Member of the Scottish Youth Parliament representing Cumbernauld and Kilsyth, has volunteered with Young Scot and more recently she’s engaged her peers in Time to Talk Day. Emma believes that mental health isn’t something that should be tiptoed around and she wanted to do something for the people in her area. She started Project Sonrisa, which is a mission to raise awareness and break the stigma surrounding mental health in adults and young people. In an interview Emma shares why she took part in Time to Talk Day, what young people are talking about and what’s next in her campaign to tackle mental health stigma.

What drives you to raise awareness of mental health stigma?

I’ve been involved in volunteering for a long time, I first got involved with Young Scot on a project called YSThree, which was designing their strategic plan for 2019 to 2022, it’s about how we make sure that young people are supported. We spoke to young people and stakeholders and asked them what issues they thought young people would face in the next five years in Scotland. Mental health came out as one of the top issues they felt would face young people.

From my experience with Young Scot I wanted to do more. I have a lot of personal experiences, I was bullied at school so I’ve had my own ups and downs and last summer I asked myself what I could do. I thought why don’t I pull it all into one and make my own mental health campaign. So I started Project Sonrisa on Facebook, which started with a virtual choir. I invited loads of people from the Cumbernauld COVID Support Group to join. It was an opportunity for anyone, whether you can sing or not, to get involved with something. Over twenty people got involved with the choir and that got a lot of people to my Facebook page. I then partnered with a company near us to do a mental health and music week. We also designed a workbook related to COVID and mental health and we hosted a mental health session on Zoom, which was in the style of Time to Talk. That was a success. One of the big things that I put in my application when I ran to be an MSYP was that I wanted to do something about mental health in our area and bring it to a national level. Being an MSYP I’m involved in a Youth Forum and the Youth Council. I’ve met a lot of other young people who are passionate about mental health, which is why I brought it to that group because it lines up with being able to talk to young people in our area about mental health. I feel the more people know; the more people talk about it the more likely they are to talk to somebody else about it. Even just saying I’m going on a Zoom call for a mental health workshop. That already starts something; someone is already thinking about mental health. I very much believe in the ripple effect so one person can do one small thing, that looks small to somebody else but all these people could be affected by it in a positive way. I enjoy doing what I do, hearing other people’s stories and passions. If I can make a difference to one person then I’m happy.

Tell us about your Time to Talk day event?

I’ve been expanding my mental health campaign a lot and I got in touch with someone from NHS Lanarkshire at a community event and she suggested Time to Talk Day. I thought it was a great opportunity to bring mental health in to my groups with young people, particularly the Youth Forum and it was a good environment and it all linked together. It was an addition to what I was already doing around mental health, another opportunity to talk about it.

It was quite an informal wee event, the first half was a mental health myth busting quiz then the second half was an open discussion about mental health. I had prompted questions but we ended up going away from them and going down a different route and having a discussion around a topic that’s important. Mental health isn’t something that should be tiptoed around; I very much believe that, it’s sort of associated with all this negativity and it shouldn’t. Time to Talk Day is a softer way to approach mental health, just talking about it is a lot better than just saying to people you must reach out for help, it’s just starting that first conversation and getting people talking and normalising it. It’s one of the biggest steps to more people, when they do need help, being able to reach out. I like that I was part of Time to Talk Day.

What were people talking about?

For the discussion we focused a lot on men’s mental health and the stigma surrounding that with men four times more likely to complete suicide than women and the whole idea that men have to be this tough, brave person. Society’s expectation of boys and men is that they can’t show emotions and they can’t cry. It doesn’t make sense because everyone has emotions and for someone to spend their life bottling up their feelings shouldn’t be happening. We talked about what we could do to support people we know so that they know there is someone there who isn’t going to judge them for wanting to express emotion, which is a completely normal human thing. We were also talking about young people’s mental health during COVID. We’re excluded from our normal social bubbles. Someone in the group was talking about mindfulness and I’ve started doing meditation more recently so I was talking to the group about that. I wanted to try it to relax. I found that it had lot of benefits; I was able to concentrate more on my school work. Another girl in the group talked about her colour by numbers app and she plays that to preoccupy her mind. We talked about the different experiences we’ve all had and what we were doing. Some people have pamper days that are dedicated to self-care. COVID has pushed us to realise that mental health is a lot more important than we thought and people are focusing a lot more on themselves than they used to. I’m hearing a lot more about that. So they’re working on their mental health.

On reflection, was there anything that stood out for you from the event?

The quiz that we did was light hearted, we all had fun with it, and people were getting competitive about who was going to know the most answers. Surprisingly people got the majority of the questions right, which I wasn’t expecting. People know a lot about than they seem to let on. I think that’s what stood out. I wasn’t expecting people to know as much as they did about mental health. They have the knowledge of what will help but they either don’t put it into practice or don’t talk about it. I think that’s the societal stigma of ‘don’t talk to people about your mental health’ even though everybody has mental health and they have the knowledge that they have it. We also had a discussion about schizophrenia and bipolar disorder because many people didn’t know what they were or how it affected people. These mental health conditions aren’t spoken about. We talked a lot.

What’s next for your mental health campaign?

I recently got funding for a project to make a website but also to launch a web series, which is coming out soon. I’ve got seven people of loads of different ages and backgrounds talking about their experience of mental health problems. I don’t want things to sound all doom and gloom so the web series is about positivity and how people got through things. The whole point is that people are able to look at a video and see that there’s someone like them. 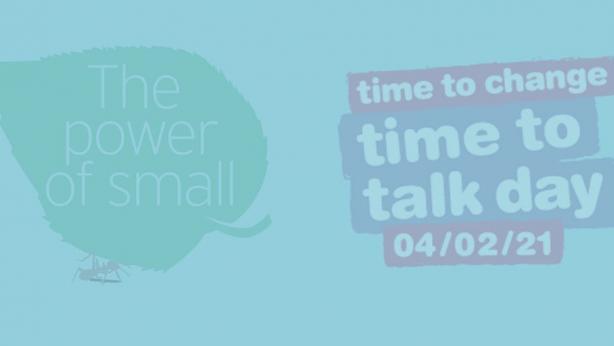 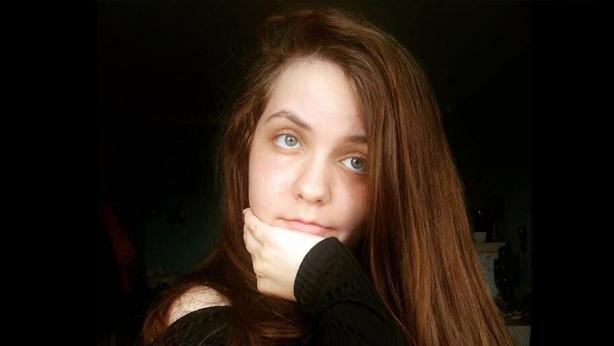 My Journey to Recovery by Wiktoria Orlicka

Before my recovery, my mental health was damaged by my...

Stigma Free Lanarkshire is a social movement aiming to bring together people who are passionate about challenging mental health stigma and discrimination. sflanarkshire
•
Follow
In today's final podcast Episode 5 for #MentalHealthAwarenessWeek, we welcome Steven Sweeney - Chief Executive, Voluntary Action South Lanarkshire. This podcast looks at how we create the conditions for a mentally healthy Lanarkshire through recovery from the pandemic.You can listen to the podcast by visiting: https://www.elament.org.uk/mental-health-awareness-week-2022-leaders-podcast/ brought to you by @SFLanarkshire @NHSLanarkshire
View on Instagram |
1/9 sflanarkshire
•
Follow
In today's podcast Episode 4 for #MentalHealthAwarenessWeek, we welcome Ross McGuffie - Chief Officer, Health and Social Care North Lanarkshire @nlcpeople. This podcast looks at how we create the conditions for a mentally healthy Lanarkshire through recovery from the pandemic.You can listen to the podcast by visiting: https://www.elament.org.uk/mental-health-awareness-week-2022-leaders-podcast/ brought to you by @SFLanarkshire @NHSLanarkshire
View on Instagram |
2/9 sflanarkshire
•
Follow
In today's podcast Episode 3 for #MentalHealthAwarenessWeek, we welcome Maddy Halliday - CEO Voluntary Action North Lanarkshire. This 5 series podcast looks at how we create the conditions for a mentally healthy Lanarkshire through recovery from the pandemic.You can listen to the podcast by visiting: https://www.elament.org.uk/mental-health-awareness-week-2022-leaders-podcast/ brought to you by @SFLanarkshire @NHSLanarkshire
View on Instagram |
3/9 sflanarkshire
•
Follow
Each day of this week as part of #MentalHealthAwarenessWeek we spoke to local leaders across Lanarkshire. This 5 series podcast looks at how we create the conditions for a mentally healthy Lanarkshire through recovery from the pandemic.Today's speaker is Soumen Sengupta.You can listen to the podcast by visiting: https://www.elament.org.uk/mental-health-awareness-week-2022-leaders-podcast/ brought to you by: @SFLanarkshire @NHSLanarkshire @SouthLanCouncil
View on Instagram |
4/9 sflanarkshire
•
Follow
The theme for Mental Health Awareness Week 2022 is Loneliness. We asked local leaders from Lanarkshire to participate in a podcast series looking at how we create the conditions for a mentally healthy Lanarkshire through recovery from the pandemic.To kick off todays podcast we spoke with Superintendent Andrew Thomson from Police Scotland.Both audio and video recordings are available for download at:https://www.elament.org.uk/mental-health-awareness-week-2022-leaders-podcast/
View on Instagram |
5/9 sflanarkshire
•
Follow
Today is the launch of the Scottish Mental Health Arts Festival. This years theme is 'Gather' which will be running from 4th - 24th May 2022.To find out what's on across Lanarkshire visit:https://www.elament.org.uk/support-projects-groups/projects-campaigns/scottish-mental-health-arts-festival-lanarkshire-2022/
View on Instagram |
6/9 sflanarkshire
•
Follow
The Mental Health Foundation say that loneliness is affecting more and more of us and has had a huge impact on our physical and mental health during the pandemic. Our connection to other people and our community is fundamental to protecting our mental health and we need to find better ways of tackling the epidemic of loneliness. We can all play a part in this. What are you doing for Mental Health Awareness Week this year? For more info on how to get involved visit: https://www.mentalhealth.org.uk/campaigns/mental-health-awareness-weekTo get a schools pack visit: https://www.mentalhealth.org.uk/projects/peer-education-project-pep/schools-resources/loneliness-finding-our-connections-feel-less-lonely-school-pack
View on Instagram |
7/9 sflanarkshire
•
Follow
We can all have times where we have dips in our self-esteem. Perhaps we lack confidence or don’t feel that we matter or maybe we just don’t feel good about ourselves. Living with low self-esteem can damage our mental wellbeing, leading to problems such as depression and anxiety.When you have an existing mental health issue any stigma and discrimination that you might experience can cause a loss of confidence and self-esteem, making recovery much more difficult.There are many ways we can improve our self-esteem such as looking after ourselves and noticing the good things about ourselves. You can get practical tips for improving your self-esteem here: https://www.nhsinform.scot/illnesses-and-conditions/mental-health/mental-health-self-help-guides/self-esteem-self-help-guideThis guide aims to help you: • learn more about self-esteem • understand the effects of low self-esteem • find ways of improving your self-esteem
View on Instagram |
8/9